Rose charts are the polar equivalent of bar charts.  They're a striking way to present data sets where the elements are cyclical, such as monthly values, or where the order isn't important.  Phone Elements can do normal rose charts or stacked rose charts (the latter shown here). 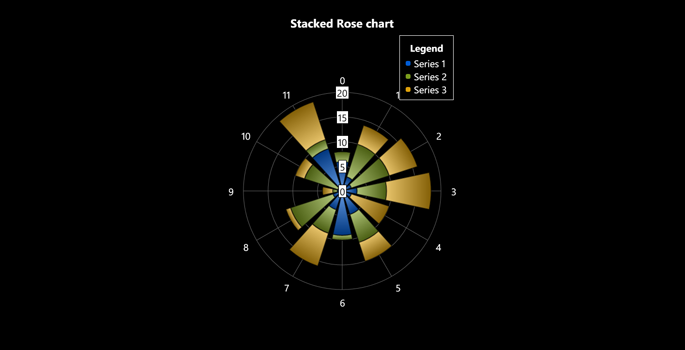 Radar charts are the polar equivalent of area charts.  They're a great way for users to compare different aspects of data sets, for example to draw out the relative strengths and weaknesses of two products or plans. Overall Phone Elements 1.1 includes 12 polar chart types including polar line, polar scatter, polar spline series! 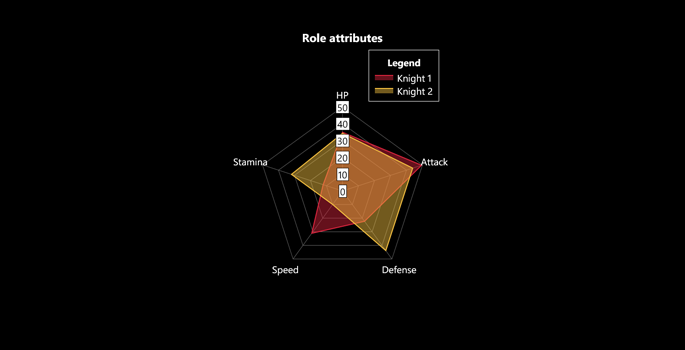 We've made a whole bunch of improvements to chart axes.  For example, label frequency can differ from axis marker frequency to help deal with larger numbers of marker labels in an attractive way. This can be specified easily in the XAML mark up for any chart. Of course, if labels were to overlap the Phone Elements Charts will automatically skip labels by default to ensure charts are readable.

Another nice simple axis enhancement is control over the axis title visibility. Easily configured in XAML or code.

Also on chart axes, you specify the minimum range a user can zoom into on a per-axis basis.